It’s been a busy time in Westminster over the past few months, but our campaign continues to press for change. We’ve focused our efforts on Whitehall in the past weeks, looking at the regulations and guidelines that impact listed buildings. We have been particularly pursuing the issue of Local Listed Building Consent Orders; instruments that would allow owners to carry out minor works without needing to submit an application. We believe that this system offers the potential for huge reductions in paperwork and major cost savings. The Club has submitted a number of Freedom of Information requests to government departments
Read More

We are happy to report that the Club has been invited to the Mid and West Wales Conservation Officers Forum. We’ll be attending to meet the heritage professionals who are at the forefront of listed building consent applications in the region, and to discuss the challenges that they face working in the present system. While the Club always has our members interests very much at heart, we see councils and planning officials very much as our partners in creating reforms. High costs for owners lead to high costs for councils, and we believe we can find common sense answers to
Read More

It’s been a quiet week or so for our campaign, but not one we’ve wasted. We have been laying the preparations for our launch into Scotland, something that has taken a bit more work than in Wales. In Wales setting up cross party groups is, relative to Scotland, quite easy and only requires three parties to be members. In Scotland this particular requirement is more stringent, requiring all five parties to be represented. We decided to take the time to research and plan our approach to ensure that we would garner support from all ends of the political spectrum. However,
Read More

Meeting with Welsh Minister in Brecon

We’re happy to report our meeting with Kirsty Williams, AM for Brecon and Welsh Minister for Education. We took a drive up to Brecon on Friday the 5th and met to discuss the challenges facing listed building owners today. Brecon has over 500 listed buildings within a mile of the town centre, including the Liberal Democrat offices we met at, so clearly listed buildings are a big deal. We were really happy to see Kirsty already had a good understanding of the issues that listed building owners face and was keen to work towards helping them. While she is a
Read More

Yesterday the Club attended the Heritage Alliance’s tax working group. This body feeds into government discussions about heritage and tax reform, so it has a significant amount of influence. Tax remains a critical part of our campaign for owners, and we were happy to see the other stakeholders at the working group working to build the evidence case for tax relief. While VAT stands as the most obvious tax challenge owners face, the group is working on a number of possible schemes. The Club will be taking part as the group puts together it’s case for a pilot project to
Read More

The Club are happy to report that we have already received hundreds of responses to our campaign survey over the weekend, and more continue to flow in. We are extremely pleased to see that so many of you support our work and are keen to influence our campaign. We’ve already seen some surprising answers come back, as well as confirming the need for reforms in tax and planning. And of course we are extremely proud to see that the vast majority of you see the Club as a valuable source of information. For a full breakdown of our campaign issues
Read More

Official Response from the Welsh Government

The Club’s lobbying work in Wales is already being taken seriously, both by AMs and the Welsh Government. After writing to the minister for housing, Julie James, we received an official response from the government. Dafydd Elis-Thomas, deputy minister for culture and tourism, responded to our letter enquiring about the government’s policy on listed buildings. We are gratified to discover that the Welsh government takes these issues seriously, and last year commissioned a report into planning and consent to discuss how to better administer building consent. The Club has responded with our own feedback to the report, as well as
Read More

Local groups are of course crucial to our national campaign. While the Club itself is approaching as many representatives as possible, it’s impossible for us to personally approach every MP and councillor ourselves. To help our members build local and regional groups to lobby directly to their representatives we have created a contact form where members can register their interest in forming a group. We hope that we can help members to find each other, and that we can provide better support once we know where our members are campaigning. Click here to find our campaign contact form. To show
Read More

We want to hear from all our members who have struggled with the present listed building control scheme. Whether that is due to high costs, long waits or unpredictable results; we want to hear about your case so we can show law makers just how big of a problem owners are facing today. It is so easy for politicians to ignore the individual effects of policies by just looking at the statistics. We intend to make sure that they can’t dismiss your challenges by working them into formal case studies that we can distribute to back up our policies. These
Read More

We are approaching the deadline for local authorities to return our freedom of information requests. We have so far received well over 300 out of the 430 we initially sent out; a tremendous result for the club. The results will be completely tabulated for the next edition of Listed Heritage, and published as a full report in the coming months. Our initial findings point to an extremely wide range of performance between different planning authorities as well as a gap in the numbers of conservation officers and a declining quality of service. For full details of our on going freedom
Read More 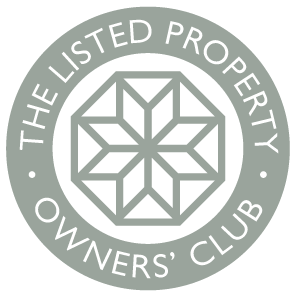